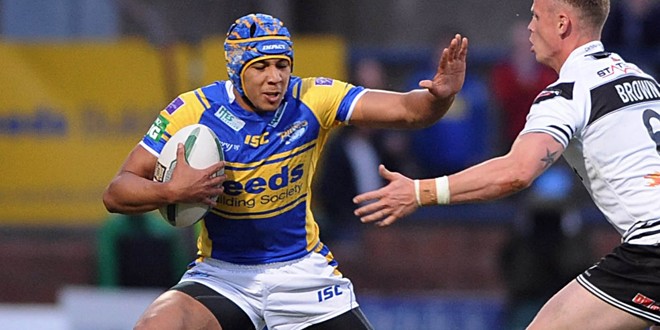 The two-time Grand Final winner, 25, who can also play full-back, is yet to make a Super League appearance in 2014 due to the introduction of England winger Tom Briscoe, who signed from Hull in summer and has five tries in his first three starts for Leeds. Indeed, on current form there seems to be no back into the side for Jones-Bishop, who has two other England stars – Zak Hardaker and Ryan Hall – occupying his other favoured positions.

Wakefield are less blessed in the outside back category, and Leeds coach Brian McDermott wants his back-up winger to get some game-time. Reports suggest he could be set for a month at Wakefield before being lined up for a move to Salford Red Devils when his contract expires in autumn. McDermott told the Yorkshire Evening Post: “Bish needs to play.

“That would be the centre point of any discussion or dialogue that goes on. We will roll the squad about this year in the outside-backs, as we’ve said several times, but at the same time we are not going to just do it ad-hoc.

“There’s got to be reasons for doing it and it has got to be a) to give Bish game time and b) does anybody need a rest? The other option is with Wakefield, where he would be guaranteed to play. They are the things we have got to consider and we are having dialogue with Wakefield and Bish at the moment regarding that.”

If the Leeds-born flyer does join Wakefield, a loan rule means he would not be allowed to be recalled for at least a month, which would leave McDermott without cover if one of his star names picked up an injury.

“That’s an anomaly with loan deals. We’d wear that and that would be the idea anyway, that he would get a fair few games under his belt.”