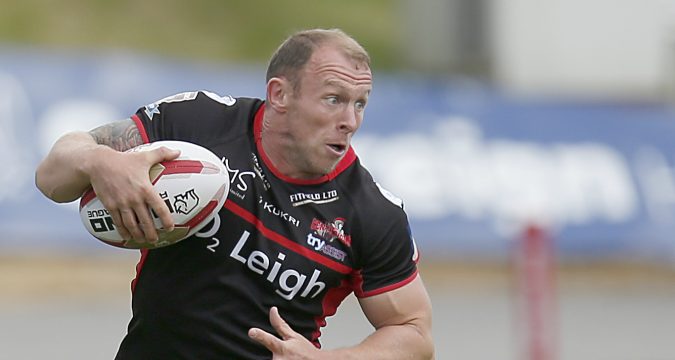 Earlier this week we did a popular article, highlighting the best player at each Super League club this season.

Following high public demand, we felt it only right that we do the equivalent for the Championship, with numerous players showcasing their talents on a weekly basis in the first-half of the regular season.

Without further ado, here are the top players from each Championship club so far this season.

They said he’d make a big impact following his move from Sheffield, and he has done just that.

The halfback has been instrumental in Batley’s early form that has seen them surge into the top four at the midway stage.

His try contributions have been significant and his leadership skills haven’t gone unnoticed either.

While Lee Gaskell will always earn plaudits for his supreme abilities, O’Brien has been an extremely consistent performer in the Bulls team this year.

The hooker, who signed a new long-term deal with the club this week, is a reliable figure in the Bradford team and provides so much both defensively and going forward.

Definitely a contender for the league’s best player at the moment.

Guzdek signed for Dewsbury after leaving Hull KR and made an instant impact as he scored on his debut in victory over Swinton Lions.

He has gone on to score seven tries in 12 appearances while also solidifying himself as a crowd favourite.

At just 20 years of age, Dewsbury have a fine player at their disposal.

Long-serving Hardman has produced some of his best ever form in 2016.

With eight tries to his name already, Mr Featherstone Rovers has been an attacking threat but also a steady pair of hands to rely on throughout the entire season.

His calming presence is huge to Featherstone, who need to keep him fit as they chase a spot in the top four.

Tangata’s rise during his Halifax career has been a delight to watch.

After struggling to make the team early last year, Tangata came back into the side and helped the team to nine consecutive wins. That form made him a reported target for Salford, but he signed a new deal at Fax.

This year the Cook Islands international has hit new heights and produced some outstanding displays for his team, that will only catch the eye of more Super League clubs.

As a club, Leigh have done a remarkable job in steadying the ship since the departure of Paul Rowley, and on the field, Mickey Higham has been a huge part of that.

The crafty hooker has been consistently brilliant for the Centurions this season and guided them to the top of the Championship.

With Higham in the team, Leigh look capable of beating anyone. The Broncos’ quick style of play hinges on Barthau, and this year he has been brilliant in helping London dismantle panicking defences.

With the pitches becoming firm, you can expect to see the French international become an even bigger threat in the second half of the year.

Grimshaw has impressed since his off-season move from Hunslet, picking up numerous man of the match awards.

Not only did he play a key part in their shock Challenge Cup victory over Hull KR, but he has also been an exemplary performer in the club’s Championship campaign.

One of the signings of the season so far.

This was a tough choice, as most of Sheffield’s players have struggled for consistency this year.

But Worrincy gets the nod for his try-scoring efforts, with his ten-try haul the joint best in the Championship alongside Bradford’s Kris Welham.

A prolific scorer at this level, Worrincy could end up with a huge tally by the end of the year. In a team full of players making a name for themselves, Atkin has been particularly outstanding.

His attacking threat is impressive, which was showcased in the club’s shock win over Halifax as he produced a wonderful try-assist courtesy of a round-the-back pass.

Swinton need Atkin fit all season to help their chances of survival and more.

Riley came with a point to prove after a disappointing spell at London, and he has certainly gone about doing that at Whitehaven.

The former Warrington forward has put in some dominant displays down the middle for Haven, leading from the front in the Cumbrian pack.

At 24, Riley still has time to fulfill his potential, and he is doing that this season.

Could it be anyone else?

Sammut is the life and soul of the Workington team and has already scored eight tries this season.

Despite his efforts, Workington remain bottom of the Championship, two points adrift of the rest, and they will require even more Sammut magic going forward.