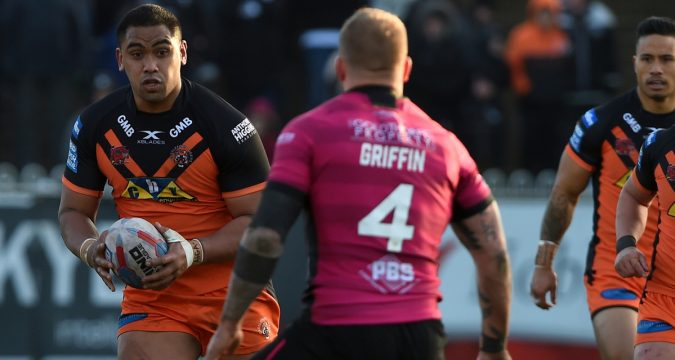 The forwards have been made available for selection and are set to feature in Daryl Powell’s squad for the visit of Chris Chester’s side.

James Green has also been recalled after some impressive performances for dual-reg partners Halifax, while academy product Calum Turner is also included.

But there is bad news on the injury front, with Ben Roberts and Alex Foster (both calf) missing out, while Nathan Massey also drops out with a shoulder problem. Winger James Clare is also set for a lengthy spell on the sidelines with a tibial plateau fracture. He is expected to miss two months.

Garry Lo will also be unavailable as he helps police in an enquiry.

Meanwhile, Chris Chester has left out some of his most experienced stars for the game.

The Wakefield head coach said he would make changes following their disappointing performance against Salford last week, and Liam Finn, Scott Grix, Danny Kirmond and Justin Horo have all been left out.