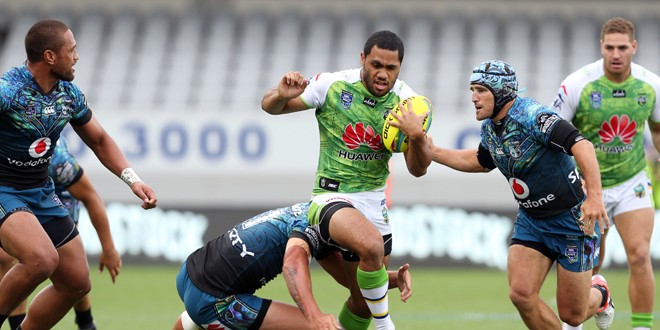 Wakefield have re-signed former Canberra centre Bill Tupou for 2016 after he made a big impact in the club’s successful battle against relegation.

The 25-year-old was one of 10 new signings made by coach Brian Smith ahead of the Super 8s Qualifiers and impressed in his nine appearances, including the £1million shoot-out with Bradford that secured the Wildcats’ spot in Super League for 2016.

Smith said: “Bill Tupou settled quickly into our team mid-season, largely based on his powerhouse running of the ball. With more time together with his team-mates in preparation, we are likely to have an even bigger and stronger series of performances from Bill.”

Tupou, who began his career with New Zealand Warriors, said: “I’m very happy to have signed for a year here at Wakefield. It is a great time to be at the club.

“It is fascinating to be working under Brian Smith, I learnt so much from him in the short space of time last season and I am looking forward to continue this learning process in 2016.”