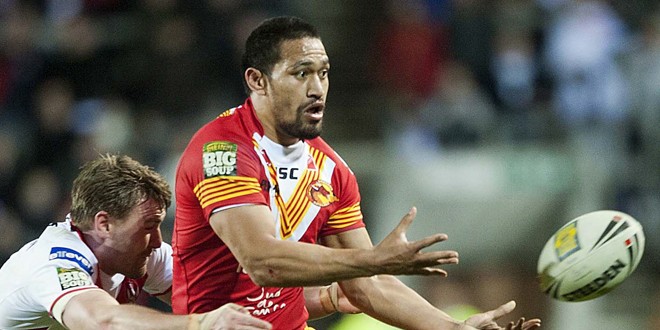 Hull FC have completed the signing of dual code international Setaimata Sa from London Irish – and he could make his debut for the Airlie Birds this week.

New Zealand-born Sa, 26, began his career in the NRL with Sydney Roosters, where he spent three seasons before joining Catalan Dragons and then union outfit Irish. A utility player who is equally effective in the backline as he is in the back row, he won the 2008 World Cup with New Zealand.

He said: “I am pleased it has finally been announced and really looking forward to getting back playing Rugby League, the game where my career started, and can’t wait to put on the Hull FC shirt.

“The way Motu Tony [Hull FC Football Manager] spoke to me about where the club wanted to be in the next few years and also Lee Radford’s [Head Coach] passion for the game, I found it a very interesting prospect. I know from the past how passionate the fans are here and how big this club is.

“There is without doubt a lot of talent here. Ben Crooks is a good young player competing for a centre spot and Fetuli [Talanoa] coming over was a good signing, so there is a lot of competition and that is only going to be good for myself and the other boys too.”

Radford said: “Setaimata is a great signing for us. He is exactly the calibre of player we should be bringing into this club and a significant move in terms of our recruitment process.

“He is a New Zealand international, a World Cup winner, a Challenge Cup Finalist with Catalans and has appeared in the Exiles squads, that says it all.

“He is a player that can come straight into our side and make a significant improvement to our team. He has a fantastic character and temperament and whilst he is a good bloke off the field, he is a fierce competitor on it which is what we want.”