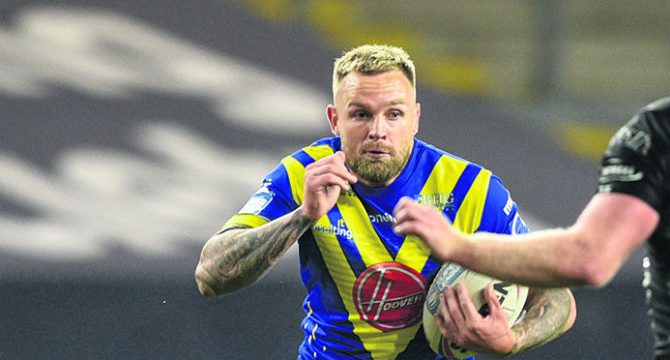 Gold Coast Titans have emerged as a potential new home for Warrington’s Blake Austin next year.

The halfback is a free agent at the end of this season and is set to depart the Wolves. League Express understands the stand-off is one of a number of players Gold Coast are interested in signing.

The Titans are keen to strengthen their playmaking options. Currently the Queensland club have Ash Taylor, Tanah Boyd, Jamal Fogarty and Toby Sexton.

Taylor is off-contract at the end of this season and currently unsigned for next year. As Boyd and Sexton are both only 20, and Sexton has yet to make his NRL debut, Austin would offer much-needed experience to their spine.

He made more than 100 appearances in the NRL for Penrith, Wests and Canberra between 2011 and 2018 before joining Warrington.

He signed a three-year deal with the Wolves at the start of 2019. The 30-year-old has played more than 50 times since then, and has also represented Great Britain, and England at the 2019 Nines World Cup. This season Austin has fallen out of favour and only played three of the club’s five Super League matches.

Meanwhile, Warrington skipper Jack Hughes has been ruled out of the Super League meeting with his former club Huddersfield tonight (Monday) by suspension. The 29-year-old second row star was hit by a one-match ban for making dangerous contact with an opponent during the Challenge Cup quarter-final clash with Catalans.

The 16-6 victory stretched the Wolves’ unbeaten run to six, but they will be missing Great Britain international Hughes as they aim to extend it further.