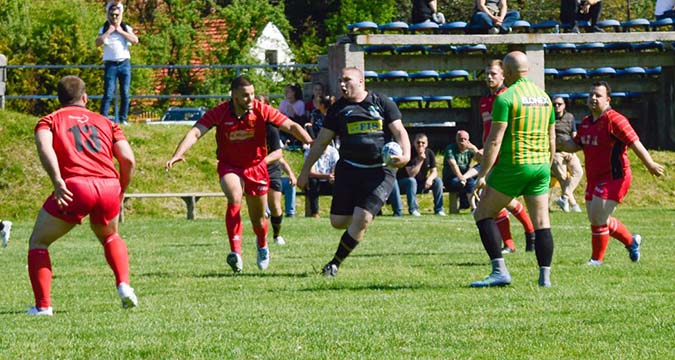 After a break of more than a year due to the Covid-19 pandemic, the Rugby League Association of Bosnia and Herzegovina has restarted its activities. FIS Vitez hosted Rugby League Club Borac from Banja Luka in a 9s match, the home side running out 28-16 winners.

RLAB&H president Zeljko Ljubanic, said: “Due to the impossibility of playing a full 13-a-side game because of all the problems caused by the virus and the long break, we chose to play 9s in two halves of 20 minutes.

“The result and the match itself was not so much of a priority as a renewal of activities, and we are now up and running again. Next we are planning a full match in Banja Luka and then a camp for the national team leading to a fixture with a Serbian representative side on 5 June in Vitez.”

Ljubanic added: “After the game we had a short training session for the candidates of the national team to make the most of this gathering. We have big ambitions, we want this or next year to form a domestic competition with four clubs, and to try to apply for affiliated membership of the ERL to gain the right to play officially recognised international matches.”

The kick off to the 9s game was taken by Vitez player Dario Stojak who is seriously ill suffering from Huntington’s disease in an effort to raise awareness and help for his plight.