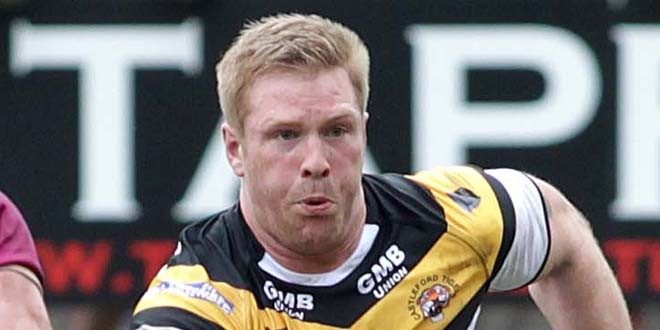 Castleford Tigers have been rocked by the news that Ryan Boyle will miss the rest of the season after he picked up a knee injury against Wakefield on Good Friday.

The 26 year-old has only played three times for the Tigers this year after missing the opening rounds due to the knee injury that sidelined him for most of last season.

However this loss could be tempered with the news that the Tigers will soon be announcing reinforcements in the forwards.

The prop took to twitter to break the news tweeting: “Absolutely gutted that my season is over after working so hard to get back in time for most of this season,but unfortunately suffered a 1/2 re rupture of my acl against wak, and will be operated on in the next few weeks. I will be back in October for a full pre season with the boys. I’m still looking forward to watching the boys continue with the great form they have started with.”

It comes as a further blow to the Tigers who are also without Nathan Massey for six to eight weeks after he underwent ankle surgery this week.

“In terms of big men we are a little bit light. Frankie Mariano and Oliver Holmes can play in the middle so we can manage, but there are a few issues.

“We’ll be announcing a new singing in the next couple of days which will strengthen us up a little bit.”