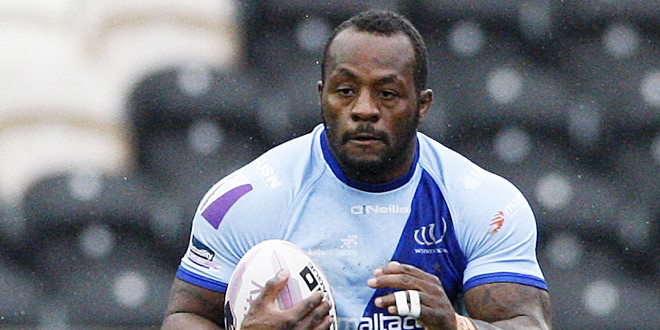 Widnes Vikings have continued to build their squad for next season by handing forward Phil Joseph a two-year contract extension.

It means the prop, who is currently playing some of the best rugby of his career, will now stay at the Select Security Stadium until the end of the 2016 season.

“It’s great to get a new deal as it gives me that bit of extra security and now I can concentrate on my Rugby,” said Joseph.

“We are on a very exciting journey here. If you look at where we were a few years ago to now; in the top five of Super League and in the Quarter-Finals of the Challenge Cup, it’s so positive and I’m happy to be a part of it.

“I’m pleased with the way I’m going, I’ve set myself a big goal of representing my country (England) and I’m working hard to try and put myself in the frame for that. I’m a little disappointed that I’ve picked up an injury at the moment but hopefully I’ll be back soon to continue where I left off.

“We have a great culture at Widnes and it’s one which is very different to what I’ve experienced before. We have a fantastic group of lads here, are a very tight bunch and work hard for each other and I think that shows in what we’ve done already this year.”