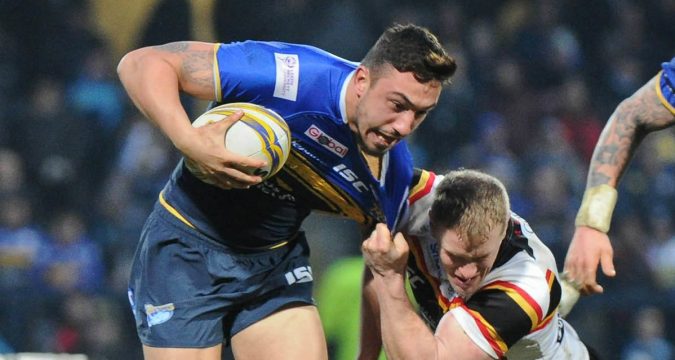 Bradford Bulls have announced Elliot Minchella has joined his hometown club on a two-year deal from the beginning of next season.

Minchella joins from Sheffield Eagles and is the latest addition to the Bulls’ squad for their upcoming League One campaign in 2018.

“I’m out of contract with Sheffield at the end of this season so I was approached by Bradford to see if I would be interested in coming and joining the club. As soon as I spoke to them I was quite set on coming. I am very happy to have signed and can’t wait to get started,” said Minchella.

“I’ve supported Bradford for as long as I can remember, I’ve been to the Grand Finals when they were there. The club means a lot to me and I am very excited to be a part of it.

“I give everything I can when I go out there, I put that in my performances and give 100%. It means a bit more to me than maybe some others that play the game, so for me to play for Bradford, I will feel the pressure to play for them and do well.

“I wouldn’t have signed or a club I wasn’t sure what direction they were going in. Stuart Duffy and Andrew Chalmers have spoken a lot to me and they have a great plan in place for the club’s future.”

Born and bred in Bradford, Minchella admits he will be fulfilling a dream by pulling on the club’s shirt for the first time as a player.

He said: “I was very pleased to hear from Bradford. It’s my hometown club and I’ve always wanted to play for them, that time has now come. I think it is the right time for me to move to Bradford. I’m just looking forward to ripping in.”