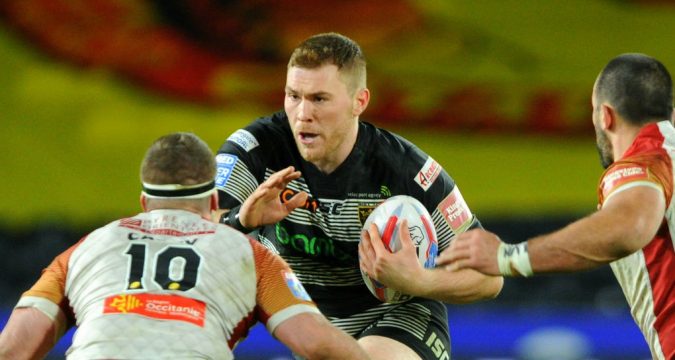 Hull FC have already played – and beaten – Castleford in one quarter-final this year: and prop Scott Taylor has likened tonight’s huge game against the runaway Super League leaders to another knockout tie.

The Black and Whites know that if they win at Castleford tonight, and record a third win over Daryl Powell’s side this year in the process, that they will secure third place and a trip to Leeds in the play-offs next Friday.

And after passing what Taylor regarded as a huge test against Wakefield last week, he said that they must treat tonight as a do-or-die cup tie.

He told TotalRL: “It was a really poor performance last week in my opinion, but we ground it out. It was a knockout game in my eyes, and in that regard we’ve gone through.

“To come out and beat Wakefield – who’ve been great this year – after playing so poorly is a big positive. There were a few battered bodies leading up to that Wakey game but we got the result however possible. This was another knockout game and we’ve got another quarter-final against Castleford.

“Some lads came up with some special efforts last week to scrape us through to the next round, so to speak.”

Taylor also admitted that he felt Hull may have come up short against Wakefield this time last year – whereas last week, the Black and Whites held out for a nerve-jangling win to beat Trinity 19-18.

And the England international insists that despite winning the cup this year, if Hull fail to reach the Grand Final again, it will be nothing other than a failure.

He said: “I don’t think we would have won that last year, but our attitude is different this year. This time we’ve got, we have to get to the Grand Final – anything other than that is not good enough. I know we won the cup but we want to go a step beyond.

“We’ve been playing well (after Wembley), but just not getting the results. If we keep doing that then I think we’ll be alright.”