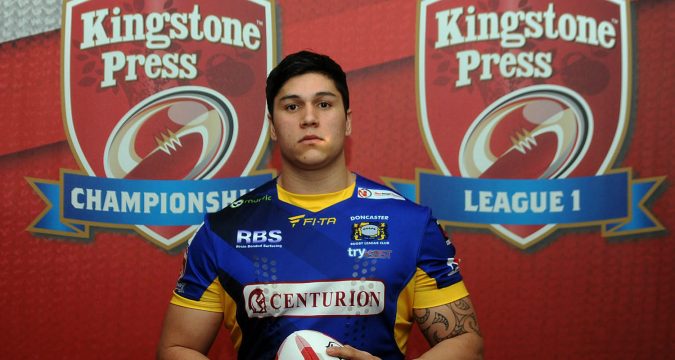 Bradford Bulls new boy Mitch Clark will miss the opening month of the season with a wrist injury.

The injury was sustained in training last month and has forced Clark to have an operation to sort out the problem.

He only joined the Bulls from Doncaster in the off-season, where he made 23 appearances last year. Clark is the son of former Bradford Northern player Trevor Clark and has previously played for NRL side Penrith Panthers.

“I’ll hopefully be back in time for round four or thereabouts but it’s a three-month process after surgery,” he told The Telegraph and Argus.

“I obviously can’t do everything with the team at the moment, which isn’t great, but I can still run and do other things to keep my general fitness up.

“I just miss out on training with the team and all contact work that they do.

“I struggle with weights as well, so I’m limited in what I can do right now.

“I felt good before I got the injury and it’s a setback, but I’ll come back fitter and stronger.

“I’ll be available again from round four, but then it depends on how the team is playing and I’ll have to force my way back in.”