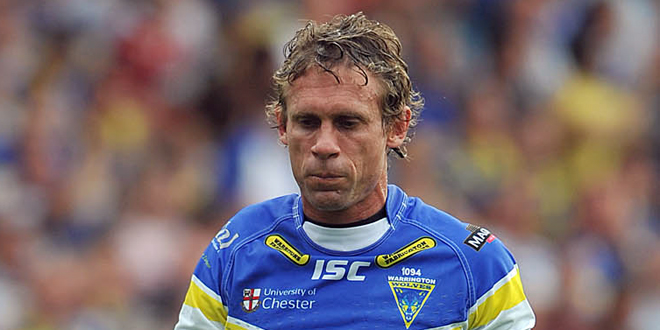 Widnes Vikings have today confirmed the appointment of Brett Hodgson as an Assistant Coach from next pre-season.

Hodgson, 35, has been working with the Vikings in a part-time capacity this season as a Coaching Consultant to the Club, but from November 2014 will join the Vikings back room team and becomes one of Denis Betts’ Assistants on a two-year contract.

The Australian, who played for Warrington and Huddersfield in Super League as well as Wests Tigers and Parramatta in the NRL, has made a big impact at the Vikings where he has been coaching the outside backs and halves across all levels at the Vikings.

Hodgson retired from playing at the end of last season after losing the 2013 Grand Final with Wolves.

Betts said: “We are really pleased to announce that Brett’s joined the Club as an addition to the coaching structure that we have at the Vikings. We’ve seen already what great value he can offer the Club and its players and for him to be around in a full-time capacity will only enhance our environment.

“I’ve been on the look out for a specialist coach in certain key areas and Brett fits the bill perfectly. He’s made a difference in the short time he’s been here and we will look forward to him being around over the next few years.”

James Rule, Vikings CEO, said: “Brett has had a fantastic impact on the Vikings environment this season. I’m delighted that we have secured his services for 2015 and 2016.

“As we continue to evolve as an organisation it’s crucial that we improve the environment in which we operate. Brett’s skills and experience are a key part in improving the great performance environment Denis (Betts) has already built.

“Every one of our players, from the grass roots right through to First Team will benefit from the appointment. It’s a hugely significant step forward for our Club.”

Hodgson, who will continue with his duties at the Vikings for the rest of the 2014 season, said: “It’s a challenge I’m really excited about. I’m keen to progress as a Coach and this is the next step for me.

“I’ve just been trying to get my experience across to the players and I’m just really excited by the opportunity Widnes Vikings has given me. I’m enjoying my time here working with the players and Denis, so to be given this chance on a full-time basis from next pre-season is great for me. The Club is really moving forward and I’m looking forward to being a part of it.”