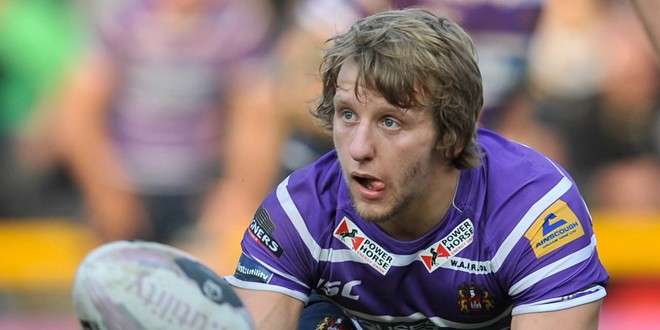 Tomkins has figured in five of the Warriors’ home games so far in 2014 including three recent starts against Hull KR, Warrington Wolves and Catalan Dragons due to the suspension of Michael McIlorum. He joins Salford a month after Dominic Manfredi signed up for the Red Devils.

Tomkins is eligible to play for the Red Devils against Wigan but will not be allowed to become cup tied, thus ruling him out of their Tetley’s Challenge Cup clash with Widnes Vikings in round five.

Wigan Rugby Manager Kris Radlinski said: “We are comfortable for Logan to join Salford on a one-month loan deal and know he will be looked after by their coaching staff. This agreement will allow Logan the opportunity to get some important game time in Super League under his belt in the next four weeks. With the versatility of George Williams and Sam Powell set to return shortly after injury we feel we have cover in the hooking and half back role. Logan will  also benefit from the experience of playing some first team rugby elsewhere in a different environment for a short while.”