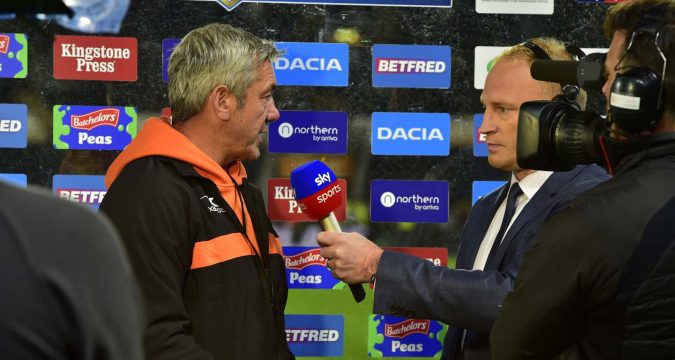 The broadcast rights for Rugby League coverage went out to tender last week.

League Express can reveal two different broadcast packages were sent out for consideration in what is set to be a pivotal time in the sport’s future.

The first package out to tender is for Super League rights, while the second is for a variety of other competitions, including the Challenge Cup, Championship, League 1 and internationals.

The financial outcome of the deal is of huge importance for the sport and its clubs. The broadcast deal is the sport’s biggest source of income and effectively keeps the game going in its current guise.

It was revealed back in 2018 that Super League had proposed a financial structure that meant they would instantly see more of the TV money, even if it remained in its current guise.

Of the £40 million per year, Super League currently receives £30m, with the RFL receiving £10m.

However, a Championship advisory board revealed that Super League wanted to receive £32.25m if a £40m deal was secured, but that they would receive no less than £30m if the deal went down to £35m or below.