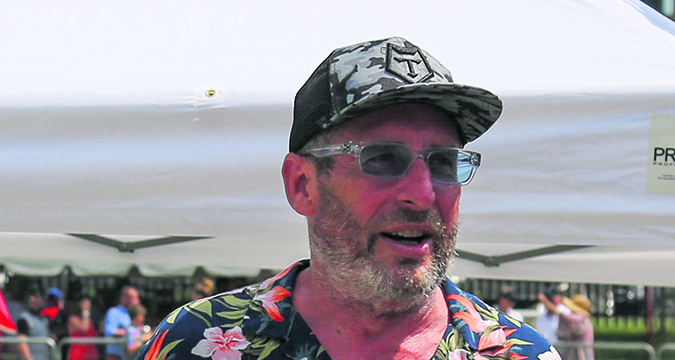 The players, who have now not been paid for over three months, woke up to the money on Thursday.

It was the second payment they have received in an attempt to help them cover bills at a challenging time.

The money was contributed by both Super League and the RFL and not from the club itself, with David Argyle (pictured) having completely walked away from the club.

Prospective new owner Carlo LiVolsi has made assurances that players and staff will be paid everything they are owed if his takeover is approved.

“Number one, the players get paid first, 100% of what they’re owed, that’s non-negotiable as long as we take over,” LiVolsi said in a media conference last week.

“It’s disgusting. Listen, I can get into… I know David Argyle more than anyone does, I chose months ago not to speak to him any more because I didn’t like some of the things he did. My belief is that you don’t try to promote yourself to be something you’re not for the sake of people liking you from an ego perspective. I think it’s unfair to the players who have worked hard and have rent to pay and they can’t even get paid what they’re owed. I think that’s dishonest and it’s not the way you run a business or live your life.”

He added: “I feel for all the players. I can only say that if we’re given the opportunity things are going to be much different, they will prosper under us, they’re going to make more money and be treated like family versus he outcasts in how they were treated before. There’s no excuse for not paying your bills; you don’t go into an agreement then not pay the people that help you.”