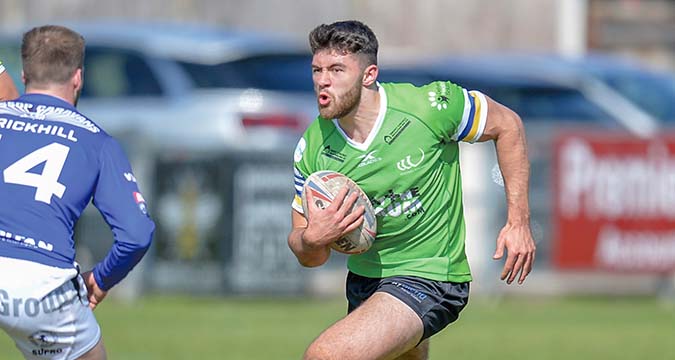 The 23-year-old looks set to join the Super League champions in 2021 after being eyed up as a star of the future.

Norman only joined the Broncos ahead of 2020 from Widnes Vikings, where he made 19 appearances last season.

An England representative at youth level, Norman made his Super League debut in 2018 before Widnes were relegated.

He played regularly for the Broncos pre-lockdown but now appears set for a return to the North with St Helens.
Saints believe Norman possesses a great deal of potential as a backrower.

He looks set to become the club’s fourth signing after reports emerged linking Sione Mata’utia with the club.

Sources down under claim Mata’utia is considering a long-term deal, understood to be for three years, at the Totally Wicked Stadium.

He is negotiating a release from his Newcastle Knights contract, with the Knights interested in signing James Roberts from South Sydney, should Mata’utia move to Super League.

Mata’utia, 24, the brother to Castleford player Peter, became Australia’s youngest ever player after debuting in the 2014 Four Nations.

Capable of playing backrow or centre, his arrival would see him join Joel Thompson and Agnatius Paasi at the club next season.

Jack Ashworth, Joseph Paulo and James Graham will all depart, with Graham last week announcing his retirement at the end of the season.

England’s most capped player in history will bring the curtain on a stunning career when the season draws to a close.

A treble winner, a Man of Steel and a 475 game veteran, Graham received a Golden Gap last year for surpassing 50 international appearances.

“Playing for St Helens and over in the NRL has been an absolute honour,” he said.

“I am gutted this season will be my final one as a player, but I came to Saints saying I would have one last all in push for this season and nothing has changed there.

“Finishing my career at my boyhood club was an opportunity that I couldn’t resist. Unfortunately, I am gutted we have not been able to play in front of our fans as I know they feel every pass, every tackle and every run. I have even missed the opposition fans who would give me a piece of their mind.

“I have had so many fantastic memories throughout my career here at Saints, in the NRL and on the International stage representing my country. It has all been a huge honour. I would like to thank all my family and friends who have supported me throughout my career and all the people involved from community clubs Thatto Heath and Blackbrook to people in the St Helens Academy as well as everybody involved at Canterbury Bulldogs and St George Illawarra Dragons.”