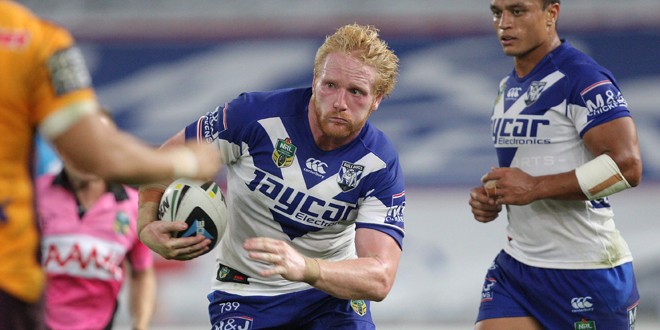 In a Nutshell
Brisbane Broncos took a 14-point lead in the first half, but then had to hold on for dear life before emerging with a six-point victory.

How it unfolded
Brisbane Broncos started their NRL season with an exciting 12-18 win over Canterbury Bulldogs in Sydney, with Ben Barba returning victorious to his former home ground.
Barba played a key role in the Broncos’ first try, with centre Dale Copley touching down his grubber in the corner, with Corey Parker converting.
The Broncos then took a 14-point lead with a try from Daniel Vidot, again converted by Parker, and a penalty from Ben Hunt after Jack Reed was taken out off the ball.
After a brief scuffle the Broncos’ Martin Kennedy was put on report for a high shot on James Graham, and within two minutes Josh Morris had opened the Bulldogs’ account, with Trent Hodkinson converting.
They drew nearer after 54 minutes, when Tony Williams powered his way over the line, with Hodkinson again converting to leave a two-point margin.
The Bulldogs continued to pressure the Broncos, but couldn’t score again, and it was Lachlan Maranta who scored the final try of the game, when the video referees overruled the match referees in awarding the try despite a possible obstruction. Parker couldn’t add the goal, leaving the Broncos with a welcome 12-18 victory in front of over 18,000 spectators.

Reports from all the games in the opening round of the 2014 NRL competition will feature in Monday’s Rugby League Express.