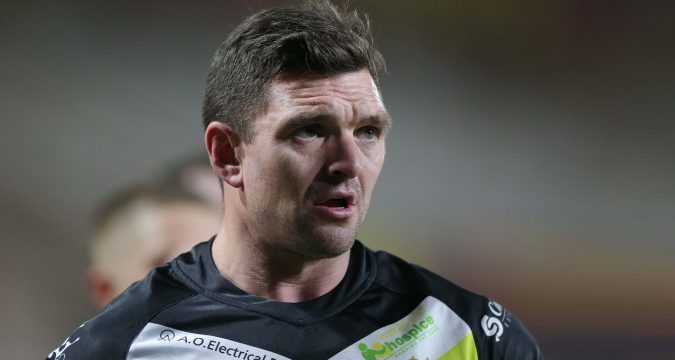 Brough named Patton as one of the most promising young halfbacks in the British game when asked who had caught his eye.

But 24-year-old Patton has yet to make a single appearance for Warrington this season and has dropped down the pecking order, with Gareth Widdop and Blake Austin ahead of him.

Brough, who made a name for himself at Dewsbury and York before hitting the heights of Super League with Hull FC, believes Patton needs to move quickly to ensure his career progresses.

“I thought a year or two ago Dec Patton was a quality player,” Brough said.

“But now he seems to have gone under the radar and he’s a wasted talent there. He’s playing in the reserves and rotting.

“He’s got a tough decision; does he want to push on or wear a Warrington tracksuit?

“It’s a difficult decision but one he needs to make quickly; he can’t have three years under Widdop and Austin, it’s a tough gig.

“He has been helping Widnes out, but if there’s an opportunity he should be pushing to get a move to another Super League club and lead a team.”

Brough’s praise wasn’t reserved just for Patton. The 37-year-old is also impressed by Castleford duo Jake Trueman and Danny Richardson, who he believes have a bright future.

“They’ve a great balance,” he said.

“I think Trueman is a very smart player; he always looks like he’s got a lot of time on the ball and he’s bigger than you think, he’s a stocky lad. And Richardson has got a great kicking game, while Daryl Powell has got him really going to line, sinking in then going out of the back; he looks like a good player.

“It’s a combo that can go a long way, I like what Powelly is doing with them.”