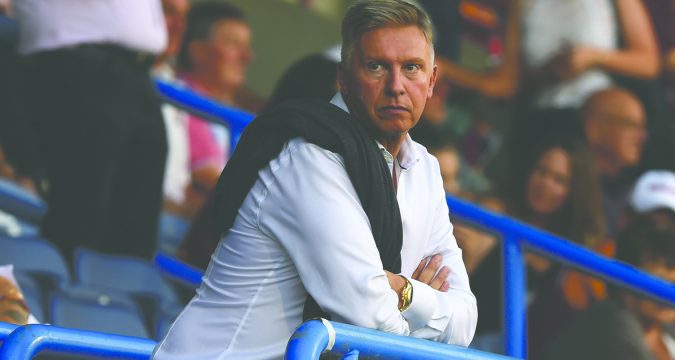 Hull FC owner Adam Pearson has criticised the way banks have interpreted the government’s guaranteed loan scheme, after his club was knocked back when it applied for support from Barclays Bank that would have helped the club get through a period with little to no income during lockdown.
Pearson claims that the rules are too onerous, preventing his club from receiving vital cash support.
The government announced its bailout policy on 18 March, with £330 billion of loans to be made available.
But despite immediately making an application for a loan, and with four subsequent applications, the club has been told its application has been turned down.
“The club are trying to survive and go through this with different options, but to have the government loan scheme slammed in the club’s face is pretty poor,” Pearson told Hull Live.
“We’ve been here 155 years, and we’re not intending going anywhere, but we need some help.
“Everyone is talking about government assistance for sports clubs and for Rugby League. The government has helped through the furlough scheme, but has done absolutely nothing else to help.
“They have decided how they are going to implement the policies and we just have to sit back and accept it behind closed doors. They just tell us what to do.
“If they are going to do that, then at least provide a conversation and don’t just pull out a load of onerous rules that means nobody can get a loan.
“There has been a lot of public conversation about this small business loan and it’s about guarantees. It’s not. It’s about ridiculous criteria that the government and the bank are putting in the way of distributing this money and it’s a disgrace.”