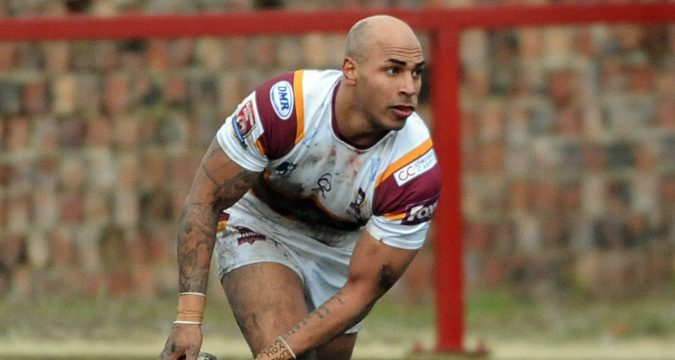 Batley Bulldogs have won the Roy Powell Trophy today, beating their Heavy Woollen neighbours Dewsbury Rams 16-28 at Tetley’s Stadium in an entertaining clash that saw the Bulldogs take the game with three tries in the final 20 minutes.

Apart from that it was an evenly fought contest all the way through with Johnny Campbell opening the scoring for the Bulldogs on six minutes, with Pat Walker adding the goal.

The Rams replied almost immediately, however, when Rob Worrincy touched down after the Bulldogs had lost the ball from the kick-off, and a Paul Sykes conversion levelled the scores.

It took until the 35th minute for the deadlock to be broken, when Worrincy intercepted and raced 90 metres to touch down for his second, with Sykes again goaling to give Dewsbury a 12-6 interval advantage.

But the second half had hardly started before the Bulldogs were level, when Wayne Reittie scored in the corner from a chip kick to the line, with Walker adding the conversion.

The Rams were back in front on 50 minutes, however, when Lucas Walshaw went over following anice break down right. Sykes wide with his conversion attempt but the Ramd were leading 16-12.

But on 60 minutes Batley took control when Tom Hemingway went over and Walker’s goal gave them a two-point lead.

And they finished the game with two more tries. The first came from Danny Cowling, with Walker unable to add the goal, while Reittie added his second late on and Walker converted for a 16-28 final scoreline.