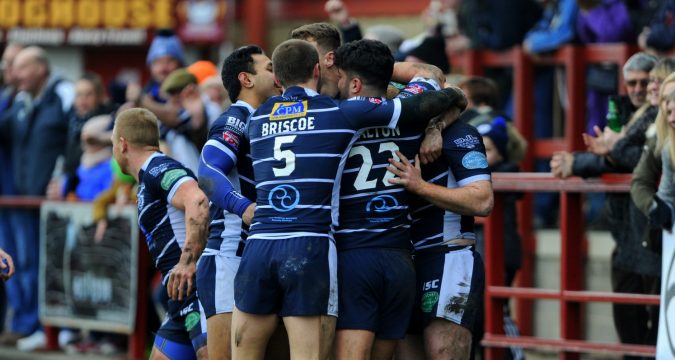 A determined Featherstone Rovers laid down a marker for the new season with a convincing 16-32 victory on their visit to the Jungle today to face their traditional rivals Castleford Tigers.

The Tigers, playing their first match since their Grand Final defeat at Old Trafford, put out an inexperienced side with several young players and some new signings.

But they started the game well, when Jamie Ellis sold a great dummy to go over and open the scoring, adding the conversion to his own try.

The Tigers responded through winger Tuoyo Egodo, who went over from close range, and they scored again before the break with Ellis’ second touchdown after good work from Alex Foster.

Featherstone centre Gareth Gale brought the game level early in the second half, and Rovers then took the lead when Connor Farrell touched down and Martyn Ridyard’s goal put them 16-22 ahead.

Rovers took control when Wheeldon scored his second try and centre Josh Hardcastle scored their final try in the right corner with ten minutes to play in front of 4,184 spectators.