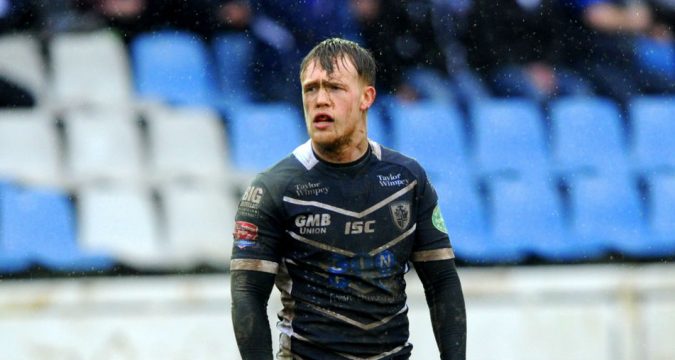 The former Sheffield Eagles playmaker, the son of 1998 Lance Todd Trophy winner Mark, was granted a release from his loan spell at Featherstone Rovers to join the Bulls.

His arrival is a timely boost for the Bulls following the departure of Jordan Lilley, who was recalled from his loan spell with the club by Leeds Rhinos last week.

“I’m really happy that I’ve been given the opportunity to move here,” Aston said.

“I had my first training session today with the boys and really ripped in.

“It was a great session, the boys are all really positive and easy to get on with. They really make you feel at home.

“Obviously Geoff has his fair share of experience playing in the halves, so it was great to learn from him for the first time. I’m really looking forward to working with him over the next few weeks.”