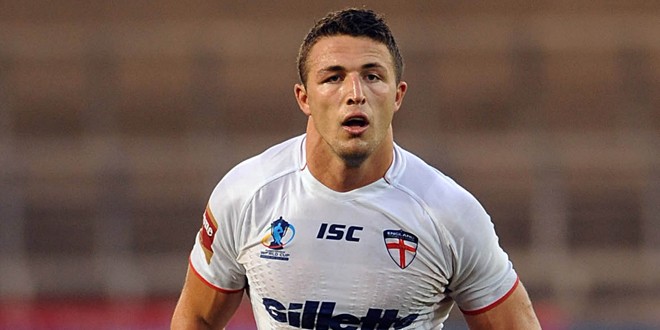 South Sydney star Sam Burgess has shrugged off criticism from his former Bath coach Mike Ford – saying his comments about his return to Rugby League reflect more on him than Burgess himself.

Ford spoke to the media shortly after Burgess’ return to Rugby League and Souths was completed, saying that Burgess “lacked the stomach” for the fight at Bath.

And on his return to Sydney and whilst attending a media conference, Burgess shrugged off any criticism from Ford about the whole affair.

“I went there, I met some cool people and had a great time learning a new game,” he said in a press conference at Sydney airport. “I played 20, 21 games for Bath and five games for my country in a short space of time.

“Everyone is saying that is a failure but if you saw the work that went in, the commitment to get in that position, I’m proud of what I achieved.

“Mike may be a bit upset and that’s fine. What did he say? That I missed my mum? Who doesn’t miss their mum? I’m not afraid to say that. Fordy is entitled to say what he wants but I think that’s more a reflection on himself than me.”