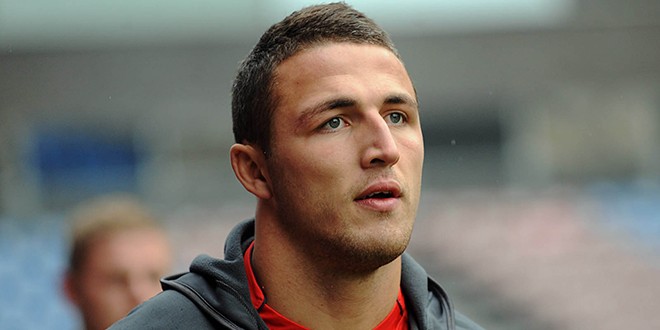 Sam Burgess is heavily odds-on for a return to Rugby League according to Ladbrokes.

With his future as a Rugby Union player in doubt the dual-code player is chalked up by Challenge Cup sponsors at just 1/6 to return to Rugby League for the 2016 season, and anticipating a move back Down Under the firm have consequently cut the odds of the Rabbitohs winning the Grand Final to 9/1 (from 12/1).

There’s a 7/1 chance Burgess stays put in the UK and rocks up in the Super League next year, however it seems unlikely at 100/1 the comeback is quick enough to see him play for England against New Zealand at the Olympic Park next weekend.

Jessica Bridge of Ladbrokes said: “As far as the odds are concerned it’s clearly a case of when and not if Burgess heads back to Rugby League. However it looks like he’ll be making his way to Australia rather than staying on English shores.”