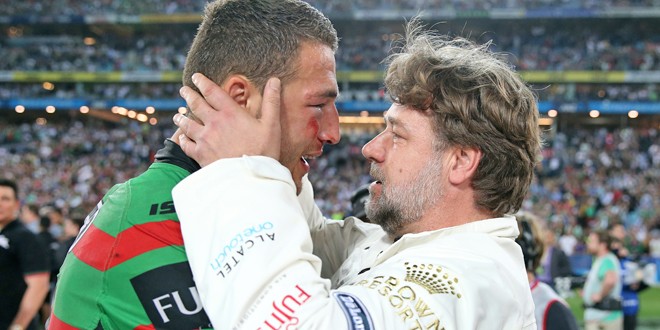 England head coach Steve McNamara has said he believes Sam Burgess will make the right decision for his own future despite the growing talk over a return to Rugby League.

McNamara, who coached Burgess at Bradford during his club coaching days, says that he still believes he will come back to the sport one day – even if it’s not in the immediate future.

“I think it’s all speculation; Sam’s a very strong character and a very strong man and he’ll make his own decisions,” he told Sky Sports News.

“For him to go from where he went in rugby league having never played a game in union to go on and make their squad for the World Cup is an incredible achievement, and that shouldn’t be underestimated.

“I’m sure at some point he’ll come back but when that’ll be I think is up in the air. All his family live in Australia and there’s a fair chance he’ll come back, but as for the current situation I’m none the wiser.”