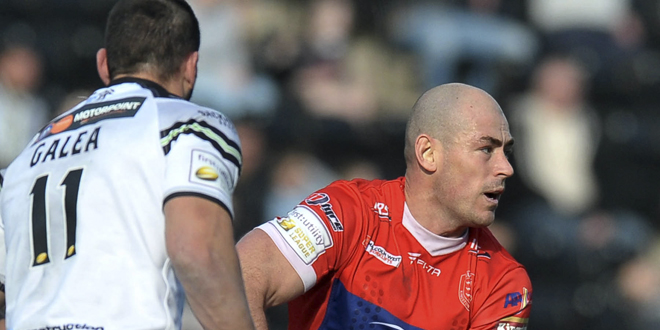 Hull Kingston Rovers captain Terry Campese believes that the club can make the top four in Super League this year – and has set it as a realistic goal for 2015.

Campese, who signed a new contract with Rovers yesterday to commit himself to the club beyond this season, has impressed since joining from Canberra Raiders in the off-season.

And his Robins side have posted wins over title contenders Wigan and St Helens in recent weeks, leaving Campese in no doubt that they’ve proven they can beat the best sides in the league, and the top four is not out of the question.

“Our goal this season is to make the top four,” Campese told the Hull Daily Mail.

“We have shown this season that we can mix it with the best teams in Super League with wins over St Helens and Wigan.

“We just have to be more consistent and take our good home form into away games.”