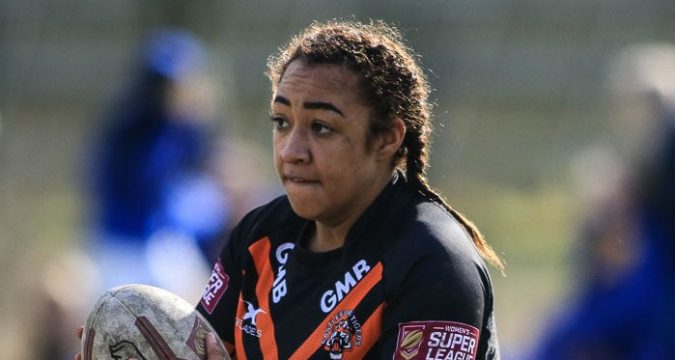 August 6th was a special day for England international Kelsey Gentles as she celebrated her roots on Jamaican Independence Day.

The Castleford Tigers player marked the occasion by turning up to the team’s training session kitted out in green, yellow and black colours.

“Being Jamaican is something that I’m really proud of and my family are really proud of. My dad has always made sure that me, my brothers and sisters have known about our heritage from a really young age.”

Gentles is also happy to see her sport of rugby league growing in popularity in the Caribbean nation. The player admitted she will be supporting the Reggae Warriors in the 2021 World Cup.

“I follow a lot of sport pages on my social media and they do show teams playing. The women have a sevens team that was playing in New York not that long ago and the men, they’re playing regularly, the sport is in the schools now. It’s only going to get better and better. I bet in a few years they will have a really good team.”

When asked whether she would ever consider representing Jamaica on the international stage she said: “Honestly, I wouldn’t mind. I work with Alex Simmons at Rugby AM and he’s mentioned that he would like me, Sophie Robinson and any other girls with that Jamaican heritage to go over and play with the women who are already representing Jamaica.