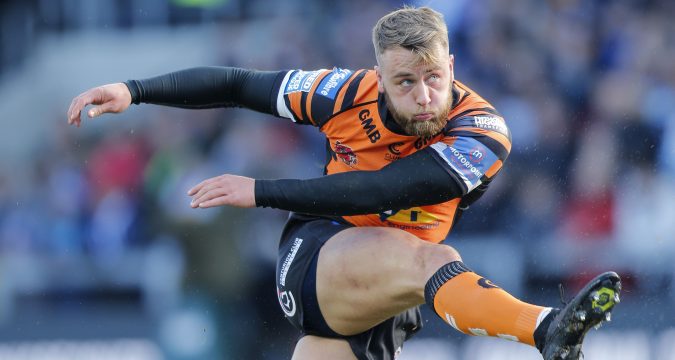 Castleford returned to winning ways on Thursday with a chaotic 37-30 win over Salford.

A topsy-turvy game saw the Tigers come from 18-0 behind to pick up their first victory since the season returned from lockdown.

But tries from Danny Richardson, Michael Shenton and a Paul McShane brace saw them storm into a six-point lead.

Luke Yates scored to make it 24 apiece at the break but shortly after the break Mike McMeeken put Cas ahead again.

Rhys Williams equalised for the Red Devils before Richardson slotted a drop goal just after the hour to edge Cas ahead.

Richardson was on hand to kick through for Grant Millington to score, and finally secure the win for the Tigers.