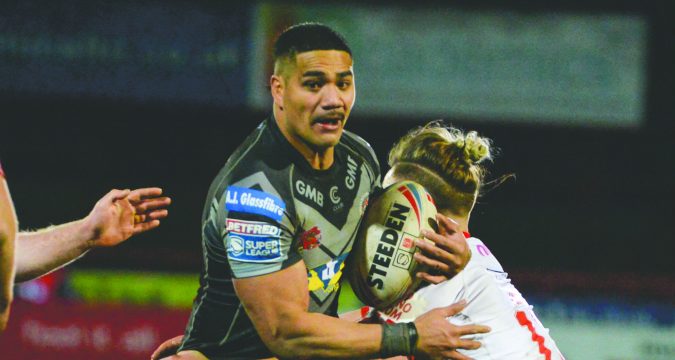 Castleford are sweating on the fitness of Peter Mata’utia after the utility back picked up a knee injury in the Challenge Cup defeat to Hull FC and didn’t feature in last Thursday’s defeat to Huddersfield.

The 29-year-old is waiting to learn the extent of his injury, but there are fears he will not play again this year.

It will mean further injury woe for the Tigers, who are already missing several key stars.

Halfbacks Danny Richardson and Jake Trueman were both missing from the Tigers’ squad last Thursday, while Oli Holmes was a late pull-out.

Meanwhile, Tigers coach Daryl Powell has demanded that match officials need to improve after growing frustrated with calls going against them.

“They are not good enough at the moment. I have had a few conversations with (RFL Match Officials Director) Steve Ganson.

“How many squirrel grips and headbutts are you going to take before you start going ‘we’re not having this any more’? It is a constant frustration that nothing is done on the field of play, but people get eight matches, five and six matches and we don’t get any benefit from that.

“Those boys have to improve significantly. I think they are poor, terribly poor.”