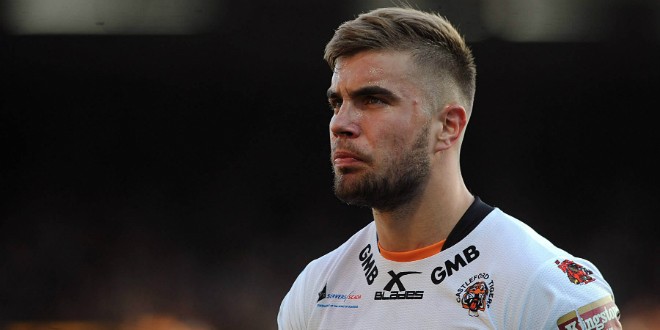 The 21-year old was part of the band of London Broncos players who joined the Tigers last season. McMeeken joined Matt Cook, Scott Moore and Denny Solomona in making the move up north to Castleford.

In 2015, McMeeken appeared in 20 games for the Tigers scoring twice and he ended the season with 17 straight appearances, soon becoming a fans favourite.

“I’m delighted to have signed a new deal at this great club. I’m really looking forward to the new season and playing in front of our awesome fans and pushing for silverware,” he said.

“I’m loving every minute here at Cas, this place is my home.”

Tigers head coach, Daryl Powell has been impressed with the youngster since he joined Castleford, saying: “Mike proved last year that he is a player with huge potential. His professionalism is outstanding as are the qualities in his game, that we feel will take him to the top of his profession. I am delighted he has agreed to extend his contract for two further years to continue his growth as a player.”

Tigers CEO Steve Gill is delighted to have secured McMeeken’s future: “Mike’s progression over the past 12 months has been excellent, and we believe he has the potential to earn international honours in the near future. It’s great news for the club that he has pledged his future to Castleford Tigers.”