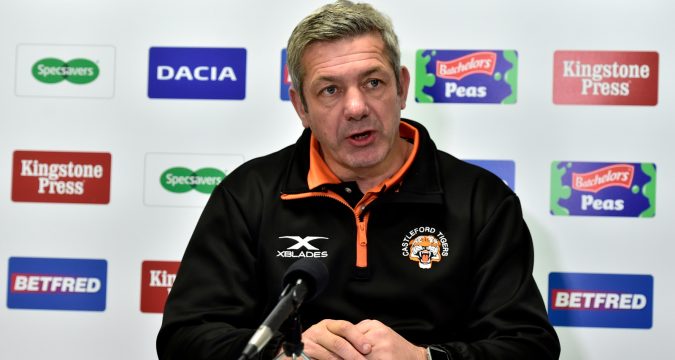 Castleford coach Daryl Powell has insisted his players must change if they are to stand a chance of silverware this year – before accusing his side of lacking the ability to cope under pressure after Thursday’s loss to St Helens.

The Tigers were comfortably beaten by the Super League leaders, losing 40-18 to keep them outside the top four.

And Powell laid into both his side’s performance, and that of the officials, afterwards. He said: “I watch Hull at the moment and think, ‘they’ve got some balls about them’. I don’t think we’ve got any when we get put under pressure against the better teams.

“We just couldn’t defend tonight. I thought we started with a real verve about us with the ball and we put them under pressure, but the players have got to be able to do their jobs better. You can’t finish tries, you can’t make tackles and you can’t get decisions right.. and there was just too much of that tonight.”

Powell continued: “We were waiting to see if last week was an upturn or a flash in the pan. You expect a degree of toughness within a team and that was missing for too much of tonight’s game. Too many of our players have to change for them to have a chance of doing anything. We have to work harder.”

Referee Chris Kendall and his team did not escape Powell’s criticism too – calling some of the decisions made ‘appalling’.