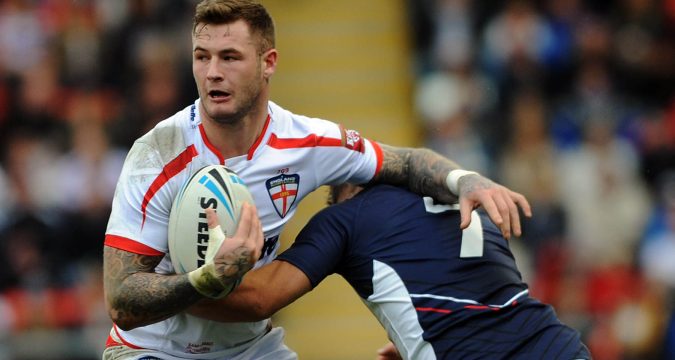 As exclusively revealed in League Express, the Castleford duo will join team-mate Luke Gale on the trip to Dubai next month.

Neither Shenton or Hardaker were selected in Wayne Bennett’s squad for the Four Nations. Tigers captain Shenton missed out after missing the entire season due to an ACL injury, while Hardaker was omitted after a difficult season.

The players will fly to Dubai at the start of January and come back after almost two weeks away from their clubs, which is causing plenty of frustration among Super League head coaches.

Shenton’s selection comes almost two years after he last played for England against Samoa in the 2014 Four Nations. The 30-year-old admitted that he was shocked to receive the call.

“It was a massive surprise,” he said.

“People had mentioned I might be in the mix but it was a huge surprise because my focus has been on getting fit and firing. Getting to the World Cup is a huge goal of mine but I know I’ve got to play well.

“It’s nice I might be in the picture. They’ll be looking at a whole host of people in different positions so it doesn’t mean a lot but I’m getting a chance to impress.”

As for Hardaker, the 2015 Man of Steel winner has only been training with Castleford for six weeks following his loan move from Leeds Rhinos. The fullback, who joined Cas to aid his international chances, expressed his gratitude at being afforded the opportunity.

“I was massively disappointed to miss out on the Four Nations and I was determined to show this year that I’m good enough to be in the World Cup squad.

“It’s satisfying that I’m still being looked at in the scheme of things. All I can do is take every chance I’m being given, whether that’s training with England or Castleford.”

Buy League Express now for the identities of ten other players in the squad, plus additional details on the implications of the trip and the thoughts of another Super League coach, who has criticised the camp. League Express can be bought in stores now or online at https://pocketmags.com/league-express-magazine.