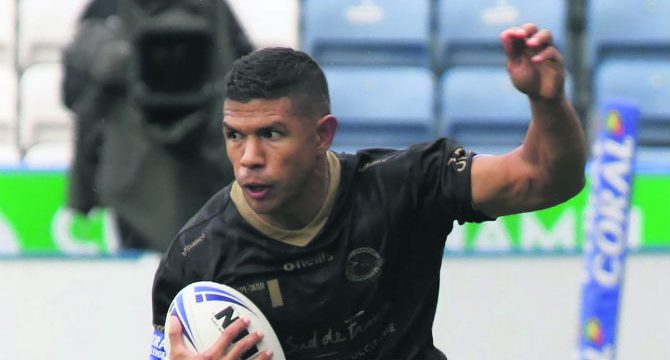 Catalans Dragons have confirmed the departure of outside back David Mead.

The Papua New Guinea captain is set to return to the NRL with Brisbane Broncos.

During three years in France he scored 28 tries in 57 games.

“I would like to say thank you to Bernard, the Catalans Dragons staff, sponsors, fans and most of all my team-mates,” Mead said.

“The three years here have been full of experiences I will carry with me for a lifetime. There have been many ups and downs but I leave the club with gratitude to be a part of the team that lifted the first trophy the club has ever won. Those memories will be cherished forever.”

Head coach Steve McNamara added: “David has been a great overseas signing for the Dragons and he will go down in history as one of the seventeen players that helped lift the club’s first-ever trophy.

“His performances in both the semi-final and final will were phenomenal. His quiet and unassuming manner off the field are the polar opposite to his aggressive, high energy and fast style on the field which made him a favourite on the field.

“His contribution off the field and his embracing of the local people and culture will be remembered here for years to come and leaves the Dragons in a far healthier position than when he arrived.”