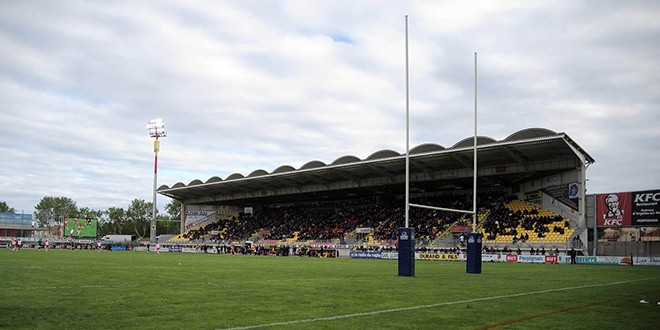 Catalan Dragons have been fined £2,000 by an RFL Operational Rules Tribunal after their supporters verbally abused and intimidated match officials in a Super League fixture against Hull Kingston Rovers in Toulouse on June 22, 2013.

The club was found to be in breach of RFL Operational Rules D1.8(c) (conduct prejudicial to the interests of the game/improper conduct) and D1.10 (a) and (b) (safety/misconduct of spectators), and the RFL’s Respect Policy.

The charges were brought after the club failed to provide information helping the investigation into the incident.

In finding the club guilty of misconduct, the Tribunal ruled that £1,000 be payable within 28 days and a further £1,000 be suspended until the end of the 2014 season.