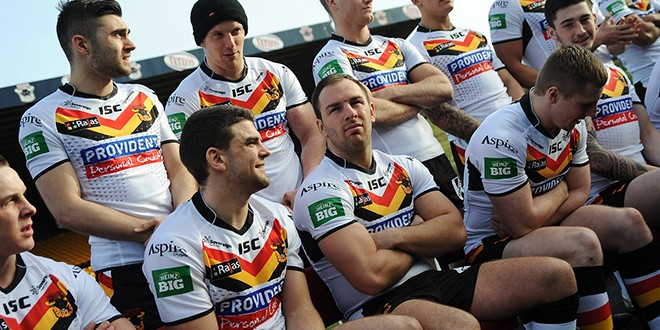 The Bradford Bulls board of directors have provided season-ticket holders with a full and frank analysis of the club’s current position, insisting the Bulls are not on the verge of administration.

After taking full control of the business approximately six weeks ago, Mr Moore and his fellow board members have unearthed information which has proved detrimental to the stability of the club.

A whole host of financial issues and outstanding debts have been uncovered, which if not dealt with professionally could drive the club towards administration once more.

Loans taken out against the club have recently been discovered in addition to a variation of commercial agreements which were signed off, devaluing the Bulls’ corporate offerings.

A spokesperson for the board of directors said: “The last administrative team struggled to understand the full impact of running this club and stepped away from the business with large outstanding debts, which the Bulls are now recovering from.

“Concerts staged last year ran at a financial loss, estimated to be in region of £100,000, and the costs keep on coming.

“The loans, both in terms of their size and nature, which have been made against the Bulls, have only come to light in the past four weeks.

“Poor leadership and a lack of commercial know-how, from earlier this year, has sadly turned away many traditional sponsors – and income. Again, we now have to recover.

“We have lost a lot of our suppliers due to non-payments and a lack of communication and engagement with them.”

The previous administrator handed first-team head coach Francis Cummins an unrealistic playing and backroom budget, of which exact figures have only recently been fully disclosed.

And, as a direct result, the board of directors must now make hard decisions and implement tough cost-cutting measures in order for the Bulls to survive.

“This is likely to mean staff redundancies, across a range of departments, as well as budget reductions,” said the spokesperson.

“Areas of the business have been allowed to dangerously overspend and this is now going to have an obvious impact on the club.

“Season-ticket sales are vastly down on forecasted projections and, like last season, the club will again receive half of its allocated central funding due to the agreement made between the Super League and the former board at the time of initial purchase.

“As a club we are left with no choice but to make difficult decisions in a bid to streamline the business.

“We believe we are working with manageable debts, but the fact that we no longer have 10,000-15,000 people turning out on our terraces means we will have retract as a business.

“Our incomings simply do not match our current outgoings, so over the next few days we have to make tough decisions on every business unit in the club.

“The goal for next year is now to survive, compete and win back the trust of supporters and previous sponsors, while looking forward to receiving our full allocation of central funding ahead of 2015.

“We want build up relationships, while investing in our current and traditional income generators, such as, our retail and corporate facilities.

“We are currently searching for – and are in conversations with – new income generators, which will help the core of the business move forward.”

The board of directors have moved to thank supporters who attended last night’s fans forum, where season-ticket holders were also granted opportunities to hold one-on-one discussions with various club officials.

Following the event’s completion several parties came forward and agreed player sponsorship deals for the coming campaign as part of their backing of the new board, for which Mr Moore and his fellow directors are extremely grateful for.