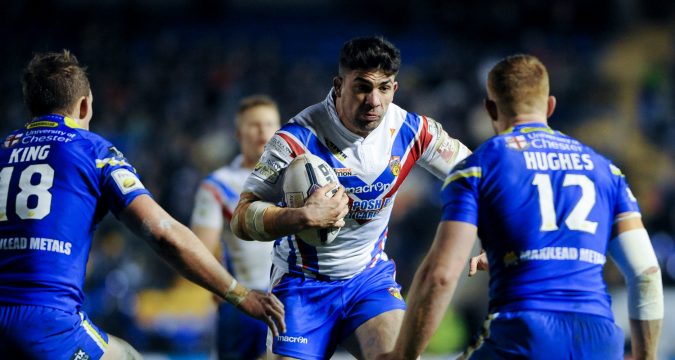 Catalans Dragons have confirmed the signing of French international prop Mickael Simon on a two-year contract.

The club claims they have reached an agreement with Wakefield Trinity to allow the player to return to the club, having played for the Dragons between 2010-2014.

“I’m delighted to come back at the club who allowed me a few years ago to turn my passion into a career. After these two years in the UK, it’s a new challenge for me and I want to show my determination to win and to be a part of a team who will compete for a trophy. I’m sure all my teammates and coaches will see how much I’m happy to be back and how much I missed France.”

“His experience in the UK allowed him to increase his game time and to improve his level and he will add quality to our squad. He is reaching maturity and will bring his experience to the team.”

Club CEO Christophe Jouffret concluded: “It’s a great news for the club to sign Mika. He is a great player, with a great attitude, on and off the field.”

“We only have good memories from his first stint at the club and his time at Wakefield gave him the status of first choice prop in a Super League squad. He is a regular player and one of the fan’s favourite at Gilbert Brutus.”

“I would like to thank the Chairman Michael Carter and everyone at Wakefield who have agreed to grant Mika a release to join our club and also Mika’s agent Iestyn Harris for his assistance in the negotiations.”