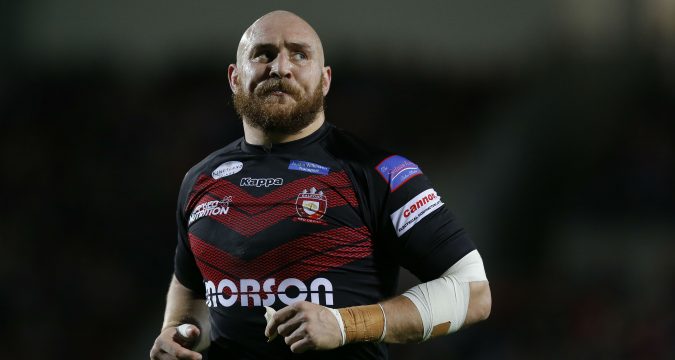 Catalans Dragons have completed the signing of Salford Red Devils forward Gil Dudson for the 2021 season.

TotalRL understands Dudson has signed a deal with the Dragons and will link up with Steve McNamara’s side when his contract with Salford expires at the end of the year.

A Wales international, Dudson joined Salford after being relegated with Widnes in 2018 but played a key role in the Red Devils’ unexpected run to the Grand Final, making 32 appearances.

He was a notable absentee when Salford took on the Dragons last weekend, with Ian Watson’s side falling to defeat in Perpignan.

Now, sources claim a deal that will see Dudson move to France next year has been done in what is an unusually early transfer deal for the 2021 season.

Out of contract players are not permitted to speak to other clubs until May 1st unless there are exceptional circumstances.

But despite that, Dudson’s future has already been secured and he will link up with several former team-mates from his time at Wigan next year.