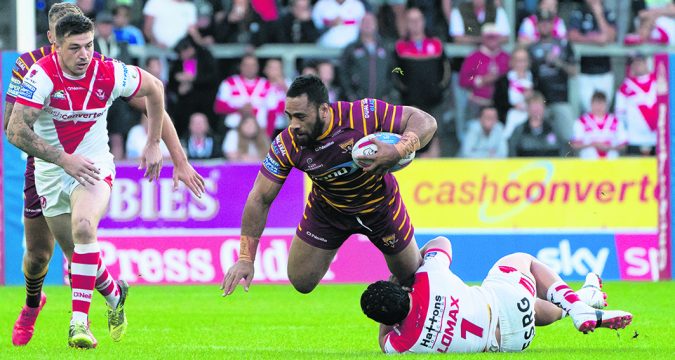 Huddersfield and Toronto have named their 21-man squads for their first ever clash, which opens the Challenge Cup fifth round, on Wednesday, which is scheduled to be broadcast on Our League (KO: 7:45pm)

Woolford has made three changes to the squad that went on to defeat St Helens on Friday, with Lee Gaskell, Ukuma Ta’ai and Joe Wardle all dropping out. Suaia Matagi, Oliver Russell and Louis Senior return to the fold in their place.

Meanwhile, Toronto have just a 19-man squad available, and have made two changes to the side that endured a substantial 66-12 defeat at Leeds on Thursday, with Joe Mellor coming into the side in place of Wigan loanees Jack Wells and Ben Kilner.

Chase Stanley is not planned to play, despite returning to the UK last Monday.