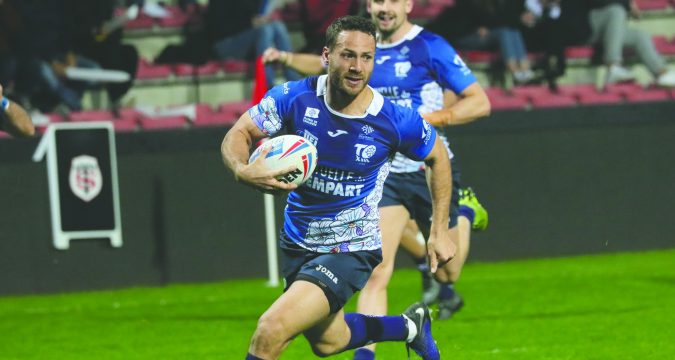 Within minutes of news emerging from Super League’s meeting on Tuesday that they would admit a 12th club into the top-flight next year, candidates started their engines on the unexpected promotion grid.

Toulouse Olympique were the first cab off the rank, posting a promotional video to outline their credentials, and others quickly followed in indicating they would pursue a place.

What we could have between now and an expected December decision is a Wacky Races-style scramble for the coveted spot, where everybody has their favourite runner and controversy is never far around the corner.

It certainly won’t be dull.

But while for the neutrals it might make entertaining viewing from a distance, for those involved the stakes are high – not least the governing bodies, who need to produce a fair and transparent system, something not always associated with the sport we all love.

Even before the process has been made public, details about it have started to creep out.

Super League clubs have voted to hand the successful club £1 million in central funding, which is significantly lower than the rest of the competition.

At present, top-flight clubs receive approximately £1.72 million each year, although that can rise to around £1.8million with add-ons for TV appearances and Academy funding.

There is also the further issue that Super League clubs are expecting to receive a reduction in central funding from Sky next year following the shortening and disruption of this season.

But it still means the 12th team will be at a significant disadvantage from the start.

Within an hour of writing a piece last week that broke the above news, I fielded a call from a Super League chief executive defending the clubs’ decision, and pointing out the fact that Championship clubs have received their full central funding this year, alongside furlough, while not playing.

As such, it was suggested, they should be financially stable and in a position to step up.

But when that was put to a handful of second-tier chief officials it was met with collective wry smiles, having fought their own battles to keep clubs afloat and relevant this year.

And there isn’t likely to be any of those clubs applying who are sitting on a pot of cash that would make up the difference with their top-flight counterparts in 2021.

So in that respect – added to the short amount of time they will have to build a competitive squad once they learn they’ve been successful – the 12th club will be firmly behind the eight-ball next year.

But that has certainly not put off those looking to secure the place.

At the time of writing it looked like as many as ten clubs could apply to join Super League from either the Championship or League 1, with varying hopes of being successful.

Some are undoubtedly applying either because they believe it looks good for their supporters, or they are trying to establish the levels their club needs to aspire to in future.

For others, their top-flight ambitions are immediate and realistic, and there are cases to be made for all that would extend well beyond what a column of this length could accommodate.

It will be overseen by a joint RFL and Super League panel with an independent chair, and it is hoped that a decision will be reached by early December to give the successful club the best chance of recruiting a competitive squad.

It will be a tall order to avoid bottom spot in 2021 for whoever emerges victorious from the upcoming process.

And, whatever the decision is, it will attract criticism and controversy – that is always the case when sporting dilemmas are settled off the field.

But for one club, opportunity and challenge lies ahead and it will be fascinating to see which car crosses the finish line in first place.