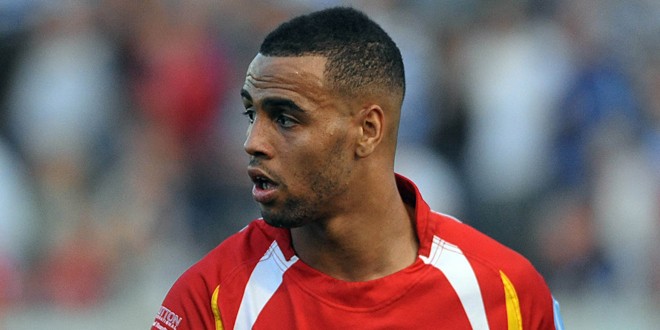 Batley Bulldogs winger Vinny Finigan and Oxford full-back Sean Morris have been voted Championship and Championship One players of the week.

Both players scored two tries in their respective clubs’ wins over Halifax and London Skolars. Morris’ first effort also earned him the Try of the Week award and Barrow Raiders were rewarded for their win at champions Sheffield with the Performance of the Week.

Every week each coach in both Kingstone Press Championship competitions is contacted to help put the awards together.

Kingstone Press Championship Player of the Week
Vinny Finigan (Batley Bulldogs)
Batley Bulldogs coach John Kear hailed the performance of winger Vinny Finigan after his last minute try sealed a 10-8 win at Halifax.
Former Sheffield Eagles winger Finigan also scored a long range effort earlier in the second half, but it was his all round play that impressed Kear most.
“Vinny’s two finishes were exceptional,” said Kear.
“He did the hard yakka in terms of yardage during the game, getting into dummy half and getting us going forward.
“His positional play for kick receptions was first class, and then he got two opportunities and took them brilliantly.
“Anybody who goes 95 yards on a slow surface and holds off people like Gareth Potts has done a pretty good job.”

Kingstone Press Championship One Player of the Week
Sean Morris (Oxford)
Sean Morris marked his first appearance at full-back with two tries, including a length-of-the-field touchdown, to help Oxford record a 19-12 victory over London Skolars.
Morris, who spent last season at centre, has recently returned from a trial spell with London Broncos. Oxford coach Tony Benson said: “I wanted to switch him to full-back last year, but I didn’t have the cover in the centres. It’s a position that gives him a bit more room and he was sensational against London Skolars.
“He’s very strong and elusive with his kick returns, which means we can start our sets further up the pitch, and he’s got a very good temperament.
“Physically Sean could play in any division, he just lacks experience at the moment.”

Kingstone Press Championships Performance of the Week
Barrow Raiders
Barrow Raiders scored two tries in the final quarter to complete a 24-18 victory away at current champions Sheffield Eagles.
In what was the first game back at Owlerton Stadium for the Eagles, Dan Toal and Liam Harrison scored the tries that gave Anthony Murray his first win as a senior coach.
Murray said: “It was a massive effort from the boys.
“We went there and I think we adapted to the conditions and environment a little bit better than Sheffield did.
“We won’t get carried away but what this will do is give our players some confidence.
“We have a real young side, and they will take a lot of confidence out of winning at a team like Sheffield.”

Kingstone Press Try of the Week
Sean Morris (Oxford)
Sean Morris took just two minutes of Sunday’s Kingstone Press Championship One clash with London Skolars to justify the decision to switch him to full-back, racing 90 metres to score an outstanding individual try.
Oxford coach Tony Benson said: “Sean’s exceptionally quick and proved it on Sunday.
“His first try came from a dropped ball by London 10 metres from our line. Matt Hadden picked up the ball and fed Sean, who ran off, beat two or three defenders with pace and footwork, and then went the length of the field with players chasing him all over the place.
“It was a superb try.”