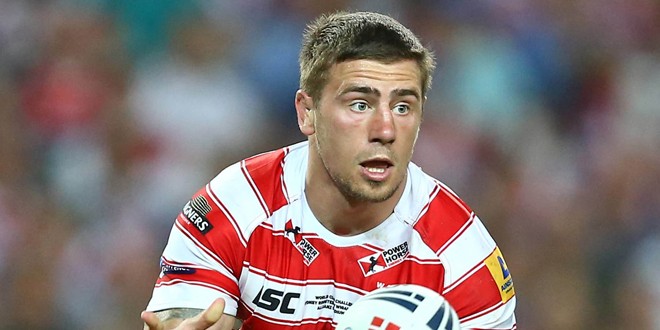 England international Michael McIlorum has signed a one-year contract extension that will see him remain at Wigan Warriors until the end of 2017.

The 26-year-old hooker has made 166 appearances for the cherry and whites since making his debut in 2007.

“I thoroughly enjoy playing for Wigan and the successes of the last few seasons have made me even hungrier to achieve more with the club,” he said.

“I am pleased to have put pen to paper on an extended deal and am really looking forward to the rest of the season ahead. I am confident we can build as a team on our achievements of 2013.”

Wigan coach Shaun Wane added: “I am delighted that Micky has signed this new deal with us.

“His improved terms for the next three years are just reward for his outstanding performances week in week out whilst wearing the famous Wigan shirt.

“He is an exceptional player and is one of the first names to go on our team sheet because of his whole-hearted commitment and high levels of performance.

“He has a great attitude both on and off the field and I have seen him develop through our own Wigan system since joining the club as a 16-year-old and quite rightly he is now rated as one of the best hookers in the world.”