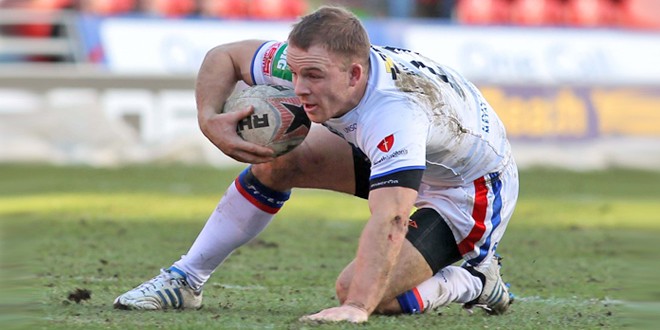 Halifax have three wins from their first five games of the season, including last week’s 36-14 triumph at Whitehaven.

Harrison said: “We’re doing OK. We’re still a million miles from where we need to be, but it could easily have been five wins from five. We’re doing something right.”

Adam Robinson suffered a hairline fracture in his right forearm during the win over Whitehaven a week ago.

Doncaster coach Paul Cooke said: “We’re delighted with where we are in terms of our win/loss ratio, but we’ve still got plenty to do.

“We need to make the top eight and guarantee ourselves a place in this league for next season, and that priority doesn’t change.”

He added: “We had an interesting video session on Monday, and a lot of it was negative.

“Right now we’re a tough team to beat, but teams know if they hang in there they’ll be given opportunities. We’ve got to go up to the next level.”

Matty Wildie could make his Doncaster debut after joining on a month-long loan deal from Wakefield Trinity Wildcats, while Danny Nicklas is also in contention. Lee Waterman could make his 100th career appearance.

“Matt Wildie is training with us and will definitely be in contention for Sunday,” said Cooke.

“It’s a difficult one for him as it’s a different playbook and new systems to what he’s been used to. We don’t want to throw him in at the deep end in a tough game but he will definitely be in the mix for the weekend and he’ll be a good player for us no doubt.”