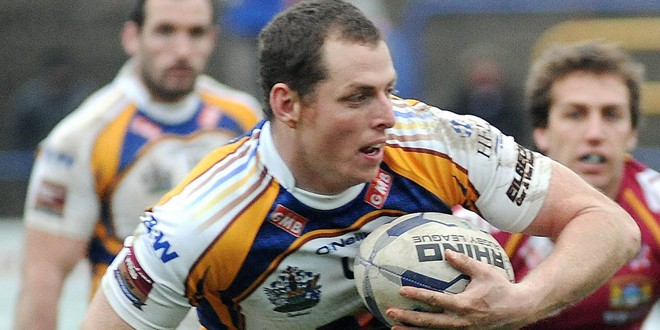 Sunday 3.00pm at Spotland Stadium
Sunday’s meeting between Hornets and Whitehaven is a clash between the two clubs with close links to St Helens, both clubs having made good use of partnership agreements with the Super League outfit and a number of St Helens players have appeared for both clubs.

However it is not unique, last season London Broncos had partnership agreements with both Hemel Stags and London Skolars that saw players feature for both sides during the Championship One season.

Hornets have lost the services of winger Sam Te’o who has joined Championship One side University of Gloucestershire All Golds.

Talbot could be further boosted by a new loan signing ahead of Sunday’s match, although he is refusing to name his target until the deal is completed.

Talbot said: “Last week was the second time in two weeks that we’ve sat in the changing rooms bitterly disappointed at not winning; we’re not far off.

“As a squad and a club, we’re not interested in the top eight. We’re looking at the league below that, and we want to finish as high as we can in there. Our recent performances suggest there’s no reason why we can’t get a result this weekend.”

Whitehaven coach Dave Woods admits the pressure is on ahead of Sunday’s match.

Woods said: “It’s a must-win game. We need to be beating anyone that’s in and around us on the league table, and we know how important this game is.

“Hopefully we’ll come back fully fresh from the week off and really be ready to go again come Sunday.”

Haven’s recent signing, halfback Brett Seymour, is unlikely to figure on Sunday. However winger Craig Calvert is set to make his 250th appearance for the Cumbrian club.