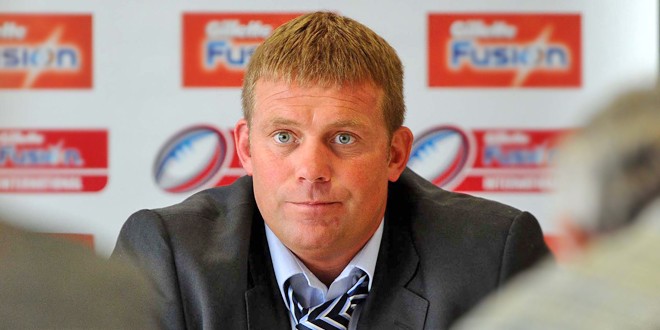 Sunday 3.00pm at the Recreation Ground

Whitehaven coach Dave Woods is set to be without talented teenager Ben Milburn for the rest of the season after scans showed cruciate ligament damage.

The news comes as another blow to Woods as he battles to secure Whitehaven’s second win of the Kingstone Press Championship season and move towards a place outside the relegation zone.

Goulding said: “We’ve got to start winning Rugby League games, it’s as simple as that.
“We’ve got to stay in this division and I’ll be doing my utmost with the resources I’ve got to make sure we do that.”

The former France coach has not coached in the Kingstone Press Championship since leaving Rochdale Hornets in 2008, but has promised Barrow fans: “We’re going to have some fun.”