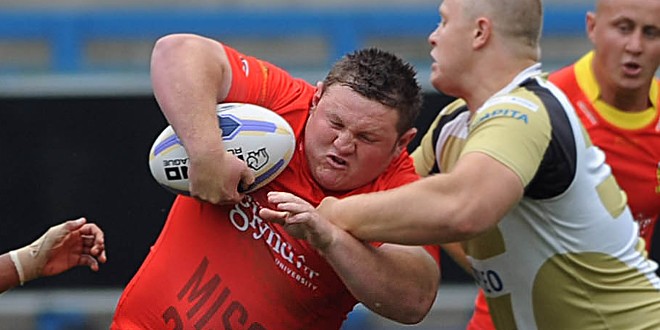 Woods is aiming to make the most of home advantage on Sunday, when he hopes to steer Whitehaven to their first victory of the new campaign.

Woods said: “We had a lot of individual errors against Keighley, and I’m sure North Wales will travel with plenty of confidence.

“They’ve a very experienced side and they’ll come here thinking they can get the points, but we’ve got to make it very difficult for them.”

Griffiths said: “Whitehaven is a tough place to go and it’s not going to be a dry track. It’s going to be a war of attrition, but I’m confident we’ve got the players to handle that.

“It’s an intimidating place, particularly with 1,000 Cumbrians shouting down at everybody, but having said that we’ve grown since the last time we were there. We’re not cocky by any means, but we’re confident we can get a job done.”