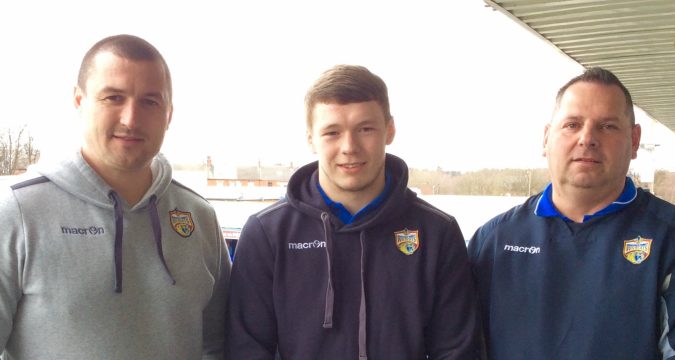 Wakefield Trinity coach Chris Chester has revealed that the club are set to hold talks with the management of highly-rated young forward James Batchelor in a bid to lock down his long-term future with the club by rewarding his promising start to life in the first-team with “giving him what we think he’s worth”.

Batchelor has made only a handful of appearances at senior level but, following a standout tour with England Academy in Australia last year, the Trinity youngster is attracting plenty of headlines: which were enhanced last week after he scored a hat-trick against Dewsbury.

And Chester told TotalRL that even though Batchelor remains under contract for three more years at Belle Vue, the club want to ensure that the latest product of Wakefield’s exciting line of youngsters stays with Wakefield.

“I’ve got a lot of time for him, that’s for sure,” Chester said.

“From the start I said we needed to tie him down long-term if we were serious about producing and keeping our own talent, and we’re going to sit down with his agent over the next couple of days and try tie him down for a further couple of years.

“He’s already under for three years but we’ll try get him locked in for a couple more as well. We want to give him what we think he’s worth too – the signs are positive from the way he plays. He’s a good talent and good competition for Kirmo and Matty Ashurst and I’m expecting him to play a dozen games or so this season.”

And encouragingly for Wakefield fans, Chester has promised that more young stars will follow in the footsteps of the likes of Tom Johnstone and Max Jowitt, the duo who earned such rave reviews in 2016 whilst playing for Trinity.

He said: “There’s more to come. Two lads like Christian Ackroyd and Liam Senior performed very well against Dewsbury and you forget that young James is still in that bracket too; he’s got another year left in the under-19s technically.

“The future is bright and hopefully they go on and do what the likes of Tom and Max have done in the first team.”