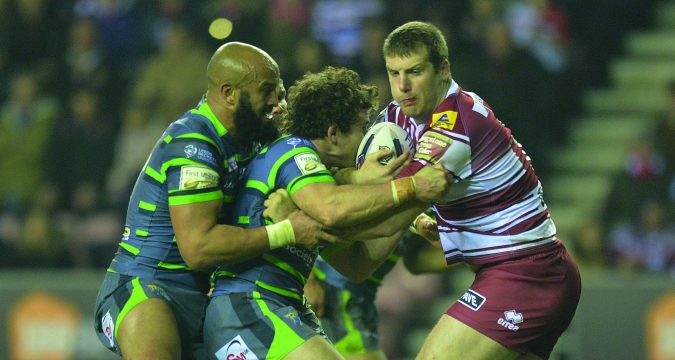 Tony Clubb has returned to full training at Wigan.

The former London forward has missed six months of action after neck surgery, which restricted him to 15 appearances in 2016 after a strong start to the campaign.

However, he has now been given the all clear to link up with the first team squad as they prepare for their defence of the Super League title next year.

“I’m back in full training now, I’m easing back into it but I’ve been out there tackling with the lads.

“It’s a case of seeing how I go and then taking it from there really but leading into Christmas I should be right back into it. I’m really excited, it’s been a long time since I’ve been out (on the field) with the lads so it’s nice to come back, get that good news and now progress into pre-season.”

“It was tough watching on last season but because the boys were doing such a good job it made it easier. Had they been losing then it would have made it more difficult but they did fantastically well with what they had.

“Like any player you want to be on the field, especially in the big games but they did a good job and won the Grand Final but for every injured player it’s always tough.”