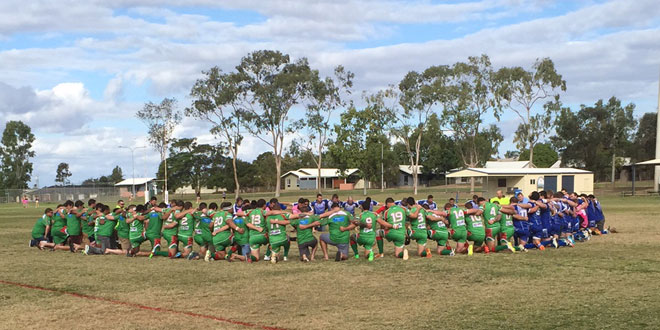 In his latest Total Rugby League column, English coach Alan Kilshaw reflects on a series of tragedies to hit the sport in Australia this year.

There has been a sombre mood surrounding many of the games in this season’s Queensland Cup. Unfortunately the black arm bands have been out far too often and the tragedies that have struck the clubs will overshadow any of the football in a season that will be remembered for all the wrong reasons.

When East Tigers Intrust Super Cup star Grant Giess, 25, was found dead during the early hours of Saturday morning following a night out in Brisbane with his East Tigers team mates, he joined Mackay Cutters’ Hayden Butler and Burleigh Bears Chris Kitching who the game has lost far too early to suicide this year.

Their deaths have raised issues once again on the welfare of the young men who play our game and the support and guidance they receive.

A point well worth making is this isn’t a Rugby League problem; it is something much broader than that, a social problem. Clubs across the Queensland Cup are working hard with NRL welfare officers to try and prevent more of these casualties.

On Saturday 20th June, Sunshine Coast Falcons prop James Ackerman died in hospital after being injured in a tackle against the North Devils from Brisbane.

The 25-year-old father of two was taken to hospital after collapsing in the tackle four minutes into the Falcons’ game at Nundah.

Medical staff worked on Ackerman at the ground for 40 minutes before he was taken to hospital with the game against Norths called off.

After playing 54 games with the Redcliffe Dolphins, Ackerman returned to his native Sunshine Coast side this season and was described by many as a true leader. No player should take the field and lose their life.

What has been evident across the Rugby League community on both sides of the globe is the togetherness and family spirit Rugby League shows each other in these times of need.

Clubs have been united in their support of each other and the victim’s families.

Following James Ackermans death, clubs across Queensland were united in huddles before the game with “take a knee for Ackers” encouraged. My side Sarina Crocodiles (pictured) did this before our Round 12 clash with Moranbah.

In a season filled with sadness and regret, last year’s tragic story Alex Mckinnon has continued to boost people’s spirits as he continues his rehabilitation from the career ending injuries that he suffered playing for Newcastle Knights last season.

Mckinnon has penned a book Unbroken where he details his rehabilitation and the physio work he goes through on a daily basis as he aims to be able to walk again.

Rugby League is a tough game played by tough athletes and the game will always continue to support each other and grow and learn from these setbacks and tragedies.

One of the positives coming out of a forgettable 2015 Queensland Cup Season has been the affection and level of support people have given after these awful events.