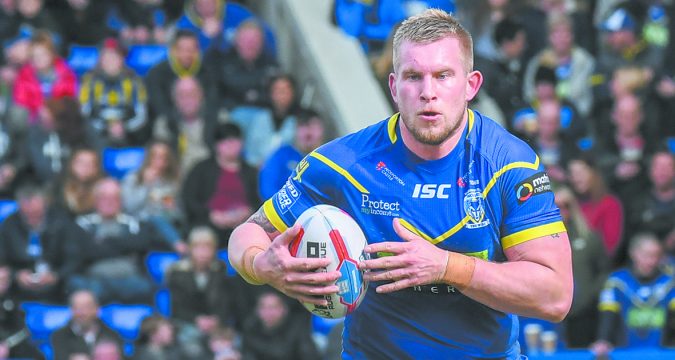 A strong second-half performance from Warrington gave them a hard-fought victory over Salford.

Both sides started strong, but Salford opened the scoring after ten minutes. A well-worked right to left shift ended with a trademark Brown looping pass, allowing Dan Sarginson enough space to dive over.

The next score wasn’t for 15 minutes, but it was worth the wait. Sarginson scored his second, after ending a Salford attack which started from a Lolohea inside ball that set Niall Evalds off on a break. Lolohea’s successful conversion restored Salford’s four-point cushion.

Warrington scored the final points of the first half and, despite holding a four-point deficit, chose to kick a conversion directly infront of the sticks.

The Wolves impressed immediately after the break, with Austin’s spiralling 40/20 fooling Evalds at the back. Warrington had a golden opportunity to level the scores, until Ben Murdoch-Masila knocked on just metres away from the try line.

Ashton, who impressed on his senior debut, broke the line and left a staggered Salford defence chasing. Ratchford made use of this, providing a well-weighted kick, which Gelling pounced on.

Warrington sealed the game with 12 minutes left, with their left combining well to allow Lineham enough space to acrobatically dive in the corner.

There were no injuries for each side, meaning both coaches will have selection headaches ahead of the opening round.